First-to-use elements exist within the first-to-file system due to two primary needs.

The former, “user protection,” is provided for in Article 99 of the Korean Trademark Act.

1. He or she shall have continuously used the trademark in the Republic of Korea before another person files an application for trademark registration without the intention of unfair competition.

2. Upon using the trademark pursuant to subparagraph 1, the trademark shall be recognized among consumers in the Republic of Korea to indicate the goods of a specific person at the time another person files an application for trademark registration.

② Any person who uses a means indicating the identity of his or her character, such as his or her name and trade name, as his or her trademark in accordance with generally accepted business practices, and meets the requirements under paragraph (1) 1 shall have the right to continuously use the trademark on goods on which he or she uses the relevant trademark.

③ The trademark right holder or the exclusive licensee may request a person who has the right to use the trademark pursuant to paragraph (1) to make an indication necessary to prevent misunderstanding or confusion of the source between goods of the person and her or his goods.』

A requirement for acknowledgment of first to use right under paragraph (1) is “special distinction.” For trademark non-infringement arguments or the right to continue using a trademark to be acknowledged, the first-to-use party is responsible for proving that the trademark was known at the time of filing of the actual registered trademark. This must be recognized by judgment of the courts.

The first-to-use right under paragraph (2) relates to “acknowledgment of first use of the trademark.” If a trademark has been used in accordance with commercial customs without the intent of unfair competition, continued use is acknowledged even without “special distinction,” and the intent is to protect users of trademarks as a personality mark.

That said, a court ruling is still necessary for protection, and the time and procedural burden for recognition of first-to-use rights remains. Also, recognition of the right to continued use does not allow restriction of use by others, and the legal status of the party granted use of the trademark remains unstable.

Non-used reserved trademarks are a first-to-use element in the first-to-file rule. “Protection for would-be users” is governed by Article 19 of the Korean Trademark Act.

① Where a registered trademark falls under any of the following, a trial to revoke the trademark registration may be requested:

Upwards of 3000 registered trademarks are canceled every year due to disuse, and the number of non-used reserved trademarks which are registered and maintained but not used is thought to range between five to ten times this number.

To accelerate the dissolution of non-used reserved trademarks, the 2016 amendment to the Trademark Act allows “anyone” to become claimant to a non-use cancellation trial. Under the law prior to amendment, only “interested parties” could claim for non-use cancellation. Whereas a grace period of three years is allowed after registration, a cancellation trial can be claimed by anyone for trademark rights which remain unused past 3 years. The claimant needs only “claim” cancellation for non-use, and the respondent – that is, the trademark holder – bears the “burden of proof” that the trademark is or has been used. The trademark holder must prove that “a trademark substantially identical to the registered trademark has been used within three years of the date of the claim.”

Examining the evidence from recent cases in which the use of a trademark was not acknowledged by the courts, the following evidence was disallowed:

That is, under the use requirement, whether or not business was performed using the trademark right is strictly judged. So-called use in name only is not recognized as fair use of a registered trademark.

One of the countries that has adopted the first-to-use rule is the U.S.

Under the amended U.S. Trademark Act, which is scheduled to enter into effect in December of this year, a system for expunging and re-examining registered patents will be created, under which anyone can conveniently file for cancellation of a registered but non-used trademark. Examiners will also be authorized to cancel trademarks at their discretion. Further, third parties will be permitted to submit evidence of trademark non-use to examiners during the trademark examination period.

The amendment represents a strengthening of existing first-to-use elements, keeping the existence of rights to non-used trademarks from disadvantaging persons actually using the same. On the other hand, this year's amendment means that applicants need to exclude designated goods which they are not currently using or which they have no plans for use in the near future, so as to defend against cases wherein trademark registration is refused or a registered trademark right is canceled.

The first-to-file rule protects trademark holders based on who was first to file, not first to use. The rule is effective in terms of objectivity and predictability, and is accordingly adopted by most countries. Under the first-to-use rule, which intends to protect whomever first uses a trademark, there exists the uncertainty that a trademark being used without filing is difficult for a third party to foresee.

Accordingly, even in the United States, where they have adopted the first-to-use rule, a trademark filing system exists under federal law to supplement the business stabilization aspect. In most countries which adopt the first-to-file rule, like Korea, the shortcomings of the first-to-file rule are augmented through non-use cancellation trials and recognition of prior user rights.

Whether the rule in effect is first-to-file or file-to-use, it must be remembered that a non-used patent is subject to cancellation at any time even if it has been registered. Further, whereas provisions protecting prior users exist, the requirements for recognition of prior user rights are stringent and exclusive right to use is not recognized. For stability of business operations, filing prior to disclosure is recommended. 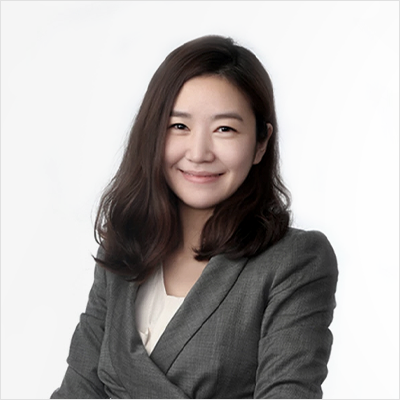